Boehner: ObamaCare Will Bankrupt Our Nation 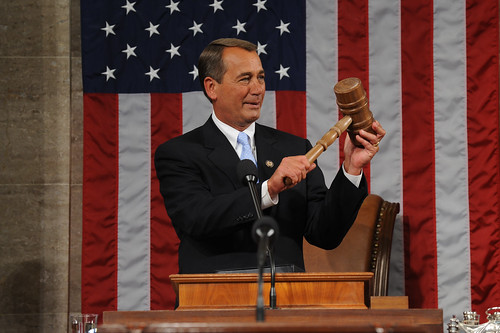 The House Republicans’ move forward to repeal ObamaCare has made Congressional Democrats fighting mad. The Democrats’ new mantra on Capitol Hill is that repealing their $1.2 trillion health care law will increase the deficit. The GOP response has been both incredulous of that claim and hard-hitting.

“I don’t think anyone in this town believes that repealing ObamaCare is going to increase the deficit,” said an exasperated House Speaker John Boehner (R-Ohio) after the third question from the media about the Democrats’ talking points.